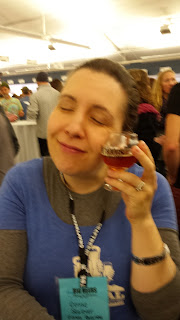 For the first time in 10 years, I won't be attending the Vail Big Beers, Belgians and Barleywines Festival this year. The impending birth of our daughter had to trump plans to indulge in beautiful, high-alcohol beer all weekend — though don't think I didn't have to pause at least a little bit before making the decision to stay home.

For those of you lucky bastards who will be headed up Interstate 70 for the festivities, however, a world of tasting and pairing opportunities awaits you over the next two days. And if I might be so bold as to offer a few suggestions, here are the tips from a veteran on how to get the most out of the experience. 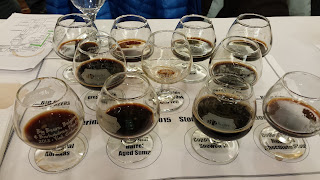 One of the best things about the festival is that it allows you to start your day Saturday by tasting beer at 9:30 a.m. without anyone casting aspersions on your character. These seminars — which have ranged from barrel-aged beers to saisons and which this year focuses on Koelschips — feature the best brewers from Colorado and the country expounding on daring ways to make their beer. And, yes, you get to be trying a sour ale at the same time that most people are pouring milk on their Fruit Loops. But it feels less like an early-morning tailgate and far more more like a fine-dining experience.

2) Ask what they made for the show.
Few Colorado beer festivals inspire brewers to create products specifically for that show. But breweries from Great Divide to Grimm Brothers have been known to bust out barrel-aging experiments just to try them out on the crowd. Hell, Crazy Mountain Brewery debuted at the 2010 festival just to get reaction to its first beers. If something doesn't look familiar at a booth, ask about it and try it; it just may be the best thing you find there.

3) One (pseudo)-secret brewery is a must-stop.
Brewers from Sam Calagione to Adam Avery will be the people actually pouring the beer for you, and that is a wonderful perk to Big Beers. You can ask them about their experiments and try the latest thing in their arsenals, and the national places you love should be on your hit list. (See my wife, Denise, above, loving her Rumpkin in 2015.) But the smaller brewers in attendance are there for a reason, and there are some diamonds among them.

It was about three or four years ago at this festival that Three Barrel Brewing of Del Norte stopped being the best-kept secret in Colorado brewing and just became one of the up-and-coming sour makers in the state. Owner John Bricker typically brings up between five and 10 experiments that may involve chili, chocolate or other ingredients not often found in the genre. And chances are that at least one of them will be among the most talked-about offerings of the event. 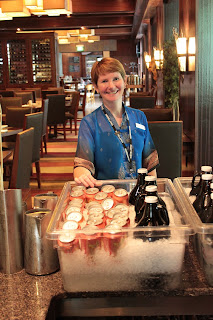 4) Stop afterward at the Fireside Bar.
The bar at the Vail Cascade, home resort of the event, is one of the great craft-brewing outposts off of the Front Range. Featuring a beer program launched by festival co-founder Laura Lodge (pictured above), it's a place that has a cellar list, taps from mountain craft breweries and a good range of options. Plus, this is where the brewers themselves hang out when not serving up their creations, so it's a good chance to talk beer with the biggest experts in the industry.

5) Attend a dinner.
Beer dinners abound, both those arranged by the festival and more that are just popping up at locations around Vail. If there ever was a festival meant to pair beer and food, it's one that showcases the highest-ABV creations that are not 12-ounce bar beers so much as they are perfect to sample in smaller portions with, say, wagyu beef sushi. The dinners are incredibly chill events and, as this picture from 2015 demonstrates, even infants can sneak in if you're polite to the organizer. But this is a chance to experience and enjoy beer in a new way. 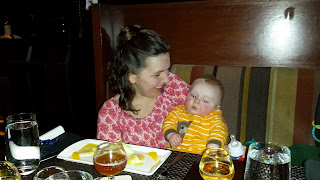 Comments:
Nice tips.Really very informative.I will wait for your next tips.Thanks

This is great! I think such fests are so much fun and give you lots of time for yourself. I had been to a similar event at one of local event space last year and it was really a great experience. I am going to attend it this time too.