5 Beers to Drink in the Dead of Winter 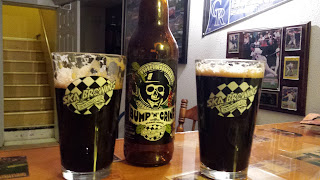 February is usually the doldrums of the craft beer year, coming after brewers have kicked the special offerings they made for Vail Big Beers but before the new-found creativity of the summer season begins to hit shelves. But not every brewery believes in taking a winter break.

New experiments and some returning late-winter seasonals that can be found on liquor-store shelves offer a peek at just what can be done with a few new hops or a few bold flavoring additives. And here then are a handful of beers you should grab before Spring comes and sweeps them away. 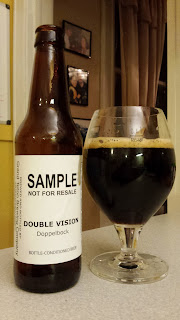 1) Grand Teton Double Vision Doppelbock
The first release in this Idaho brewery's 2016 Cellar Reserve series is a bold, slightly chocolaty offering reminiscent of a lighter-bodied porter. This is a truly excellent medium-bodied dark beer, laced with a tinge of alcohol taste to remind you how beefy a good German-style beer can be.

2) Ska Bump 'n Grind Coffee Cream Stout
Dark as night and balanced without being a coffee bomb, the cream here doesn't add sweetness as much as it provides a softness to this beer (pictured above). Arguably the most subtle of the Durango brewery's flavored stout series, this is a coffee beer for people who don't want the assaulting-bitterness characteristic of the coffee. 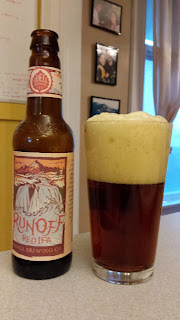 3) Odell Runoff Red IPA
Dry-hopped with a complex malt backbone, this hybrid red/IPA is an appropriate beer for the shoulder season. The maltiness gives the vibrant hops a slightly sweet character to go with the full body that is a constant characteristic of Odell offerings. 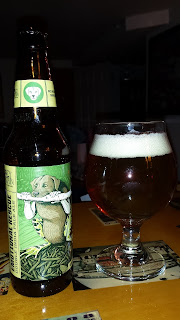 One of Denver's newest breweries (now operating in the old Breckenridge Brewery space on Kalamath Street) has been experimenting with a double IPA recipe for years before recently launching this in four-packs. The research time clearly was worth it, producing a resiny, bitter beer that mellows into a malt-balanced mouthful as it warms.


5) Strange Big Malty Winter Brew
One of the least-hopped beauties of early 2016, this warming, amber-colored malt bomb that's available in bombers hits all the right notes. The earthy malt brings its flavor without getting medicinal, and the beer turns slightly cocoa in your mouth as it warms. 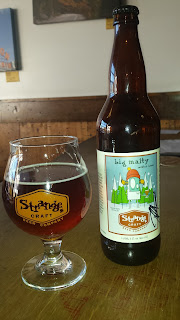 
Looking Back on — and Forward from — One Year 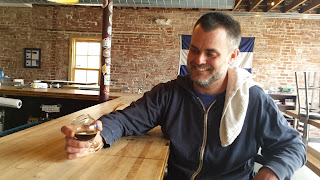 Goldspot Brewing turns one year old this weekend - part of a contingent of more than 50 breweries across the state that will be celebrating such a milestone in 2016. There is a two-day celebration planned this weekend, and new beers, including a whiskey-barrel-aged version of the Black River Imperial Stout, will be released.

But while reaching such an age would have been purely a time to celebrate in years past, it now is a time to look ahead as well, as many brewery owners see this as the moment to begin taking off any constraints they'd imposed upon themselves as they got their footing. Goldspot's Matt Hughes sits squarely in that camp, as he explained in a recent sit down with Beer Run Blog. 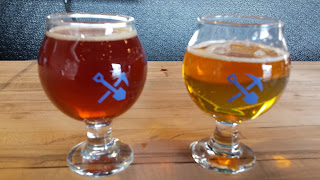 One thing that's changed significantly for the north Denver brewery in its first year is its lineup. Gone from the year-round rotation are a kolsch, a honey IPA and a traditional Belgian pale ale. In their places are higher-alcohol selections — such as a farmhouse ale and an imperial stout — and slightly less traditional versions of their predecessors, like the Orange You Glad Belgian Pale made with blood orange puree. Hughes said he didn't make an intentional move to bigger beers but just followed the demand of his customers.

Coming very soon to the brewery is a barrel-aging program, brought about by Hughes' admiration of other small breweries like TRVE that are doing great experiments with similar programs. He hopes to add about 12 barrels in the next six months, ranging from whiskey vessels to Western Slope wine barrels, and do limited releases as the beers age. 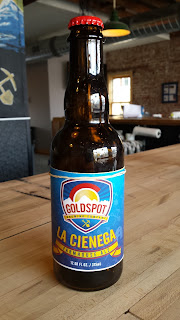 Also coming is the first bottling effort, of the brewery's bitter yet light-bodied La Cienega, a traditional Grisette that it will just market as a farmhouse. It will sell in the taproom and a handful of area liquor stores for several months before Hughes decides whether to expand that effort.

Styles will widen. Goldspot already is serving Backslider American Sour, a crisp kettle sour with a decided amount of bitterness that marks its first move into that realm. More experiments with souring in the fermenter could follow.

And Hughes will play with the entertainment, expanding it beyond the bands and trivia contests that mark most craft breweries. He recently started bringing in a professor to offer philosophical conversations on the zombie apocalypse and its implications on love and society — really. He figures these are the kinds of talks that blend naturally with pub society.

Goldspot hasn't shaken the earth, but it's matured and pushes out some tasty beers — including Gus' Breakfast Porter, a cocoa coffee porter that arguably has been its high spot since day one. It's good to see breweries like this have gotten the chance to age well and then spread their wings.

"This year has been the fastest year and, at the same time, the longest year of my life," Hughes said. "For me, it was about a love of beer."