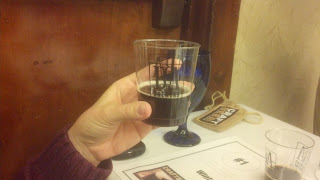 Sam Calagione set the tone appropriately in declaring at Thursday's dinner that kicked off the 2014 Vail Big Beers, Belgians & Barleywines Festival that the event was "one of the top 10 beer festivals ... in the country." The next three days proved that, if anything, the Dogfish Head Brewery founder undersold it.

This was the year the Fearless Tasting Crew went big, splurging for a fantastic eating experience and gobbling up pretty much every seminar possible. And around every corner seemed a beer, a pairing, a bit of knowledge that opened more eyes.

The full spectrum of the lessons - and what they reveal about the current craft beer scene - will be played out here in the coming weeks over numerous columns. But it is worth saluting organizers Laura and Bill Lodge and noting a handful of things that stood out with all the subtlety of a Crooked Stave barrel-aged sour (which was on hand and wonderful).

1) Great Divide can still bring it
In a festival where one struggled to identify even a single disappointing beer (zero pour-outs in 3-1/2 hours of tasting for this guy), nothing stood out quite like Great Divide's Barrel Aged Grand Cru Cuvee. Aged in a single Syrah barrel, this creation screamed out all the joys of the festival - experimental, giant (12% ABV), tart (though not too much so) and stunningly balanced and drinkable.

Sometimes at the best festivals, people run to find the newest, hippest tastes - and those, mind you, are great. But 20 years into its life, this Denver legend still produces eye-opening surprises - enough to outdo even all the new kids on the block.

2) Sour is the new triple IPA
Sours have become more common, more clever and mixed with more ingredients in recent years. But now they appear to be going in the same direction that hop bombs went several years ago -  more extreme. The difference is, these results might speak better for the genre than the envelope-pushing hop races did.

Big Beers presented sours that were pleasantly pucker-worthy (Cambridge Brewing's Cerise Casee Solera-aged American Sour Ale) and brimming with fruit that accented the wild yeast perfectly (Grand Teton Barrel Aged Huckleberry Sour). But if that wasn't enough, you could find an intriguingly good smoked sour (Paradox Skully Barrel No. 7) and a tart beer made with local ingredients (AC Golden Gooseberry Colorambic). Amp it up and push the envelope away; it only seems to be getting better.

3) The art of pumpkin beers is not dead
Less than three months ago, I lamented that every pumpkin beer of 2013 seemed to be over-spiced or under-flavored. Then I found at Big Beers that I was just trying the wrong ones. 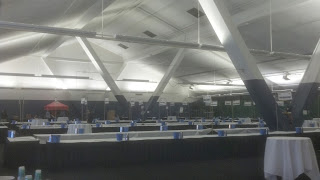 Fate Brewing's Barrel-Aged Imperial Smoked Pumpkin Ale had all the complexity that its name implied, but the smoke was light enough to be unobtrusive and the pumpkin was pure baked sweetness. Meanwhile, Wiley Roots Brewing's Apumpalyptic Imperial Ale was filled with non-biting spices and alcoholic warmth, just begging to be enjoyed in greater quantities than it should be.

4) Any Fort Collins tour without a stop in Loveland is wasted
Those who haven't visited Grimm Brothers Brewhouse in the past year are missing a significantly evolved beer maker that has moved beyond its traditional German roots to incorporate new styles. At the Vail Cascade, it broke out a complex Devil's Riddle again and supplemented that with a lightly soured Once Upon A Time American wild ale and a Grandfather Grim foreign export stout that was dark like a cookie.

But Verboten Brewing, also of Loveland, showed up every bit as big, especially with a Bourbon Barrel-Aged Mountain Man that had a vanilla underbelly softening the bourbon kick in a way that made it approachable. And Loveland Aleworks didn't slack a bit with an Imperial Stout that was as dark and rich as its 12.5% ABV denoted but surprisingly easy-bodied and pleasant.

5) For the 2015 festival, go big. You won't regret it.
Even at $108 per person, the Tasting Crew walked away from the Avery/Dogfish Head dinner convinced it was a bargain. The chefs at Atwater on Gore Creek crafted five courses of incredible offerings (beef sushi and Gingersnap-crusted venison, to name two) and not only paired them in a spot-on fashion but did so with beers - especially from Avery - that ranged from hard to impossible to find. (The return of the very limited Thensaurum, aged 18 months to tart perfection in rum barrels, may have been the biggest highlight.) 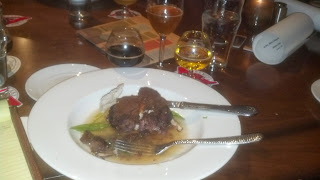 Beyond that, though, the chance to meander around not just for one day but for the weekend allowed good time to learn about nuances, whether it was at Friday night's winter seasonals session with four brewers or at a beer-cigar pairing where non-presenting breweries (I'm looking at you, Epic Brewing) brought their own stashes to share with crowd. And after a weekend of walking through so many treasures, one could treat Saturday not like a rush around the bigger and more spacious tasting area (pictured a few paragraphs above) but a chance to catch up again with brewers and enjoy the scene calmly.