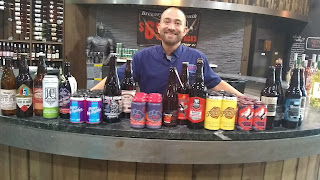 When it opened some 3-1/2 years ago, Molly's Spirits entered a Denver-area liquor-store market that wasn't lacking in stars. So, rather than getting by just on what it procured and sold, the Lakeside retailer moved toward a unique place in the industry - it differentiated itself on what it made.

Jumping headfirst into the world of collaboration beers that had been dominated by breweries and a few beer bars, Molly's officials teamed first with Odd13 Brewing, asking the Lafayette auteur to help it fill a George Dickel whiskey barrel that it obtained. Soon that vessel was awash in biere de garde, infused with both Brettanomyces and peaches, and the experiment showed just how little non-beer-maker Molly's was willing to hold back as it stepped into this new territory.

Since then, collaboration experiments have rolled out constantly. There was the bourbon-barrel-aged Oud Bruin with cocoa nibs and cherries that it made with Mockery Brewing. There was the cream ale with vanilla beans and cocoa nibs that was aged in Buffalo Trace barrels with aged coffee beans in conjunction with Fiction Brewing. And there were a lot more rarities like these.

But it hasn't just been gonzo recipes that Molly's has rolled out as part of its collaboration series. There also have been hazy IPAs and kettle sours and even an amber lager being sold in six-packs. Several of them have been excellent. 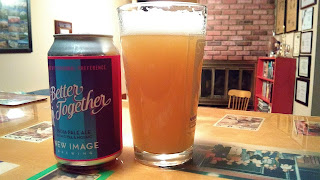 The reason for all of this effort has been to stand out from other big liquor stores that, like Molly's, can open the doors of the beer world to shoppers. But in addition to helping the store attract return customers, the program also has helped it to develop deeper relationships with local breweries, particularly smaller beer makers that really can benefit from such patronage. 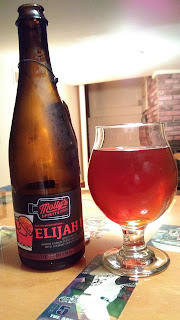 Though most of the collaborations are high-dollar offerings that appeal more to beer geeks than to the general public, the beers don't tend to stay on the shelves too long. Still, every team effort can be found in a cellar at the front of the store, released occasionally as they age to loyalty-club members.

A July offering demonstrates well the complexity that can be found in the Molly's beers. Teaming with Paradox Beer Co., the store produced Elijah Lux, a strong golden sour aged in Elijah Craig barrels with Luxardo cherries and tangerines. Tart without being biting and barrel-aged without being boozy, its taste is one that is reminiscent of a spirit, if significantly more approachable.

But in many ways, the non-barrel-aged offerings are even more impressive with their ability to satisfy fully.

Better Together, a hazy IPA put together with New Image Brewing, was the tropical fruit bomb that many of its style have been, but it has an easy bit and looks intriguingly like the offspring of chicken soup and pineapple juice. 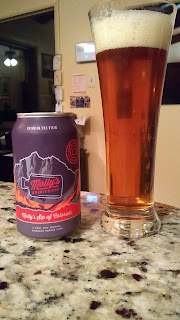 Meanwhile, Molly's Sip of Colorado, an amber lager made with Aspen Brewing Co., has a telling but not overbearing hop bite on its back end that gives a little more oomph to a light-bodied beer that is a wonderful summer sipper. And at just $5.99 a six-pack, it may be the best bargain in Denver.

Maybe the most surprising thing about Molly's program is that is hasn't been copied yet by other stores, which stand rightly to draw in new customers by offering things that literally can't be found at any other retailer in the state.

Regardless, credit Molly's for breaking new ground and for offering up complex and also comfortable flavors and pushing the boundaries of what a craft-beer-centric liquor store is.

"If a beer nerd gets excited about this, this is where you can get it," Doria said. "This is one of those things that makes us unique, that are a one-of-a-kind thing that you can't get anywhere else."