A Treatise: Hazy IPA Is Here to Stay - And You Should Learn to Love It 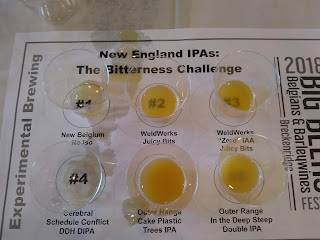 Just one sip of Epic Brewing's Lupulin Burst leaves you no doubt that you are putting an entirely new style of beer into your mouth. It isn't just that you are looking into a glass of murky, almost soupy liquid. It's that what flows over your tongue is so full of pineapple and mango, so juicy and yet still so crisp in its hop backbone, that you can't categorize it as much as you can sit and admire.

Well, actually now you can categorize it - it's a hazy IPA, a strange-looking riff on America's contribution to the increased bitterness in worldwide ales that was mocked at first as the product of lazy brewers, then slowly grew an acceptance as it developed an increased following. This year, the Brewers Association created a category for Great American Beer Festival judging called "Hazy or Juicy IPA," and it received 414 entries - far more than traditional category leader American-style IPA and more than enough to tell haters of the style that their time was done.

But the realness of hazy IPA - and its true beauty - lies in more than its mass proliferation in the craft-beer scene. After two years of evolution, it lies in the fact that this style is no longer an off-shoot of IPA so much as it is something truly different. At its best, the beer represents an outpouring of tropical flavors that even the boldest traditional IPAs have only hinted at in their aroma and flavor. It signifies a blending of bitterness and softness that once might be considered unthinkable, as well as refreshment in a way that aggressively flavored beers have never presented.

And it's time to stop nitpicking, to quit complaining and just to give this evolutionary and revolutionary style its due, because it's not going away. 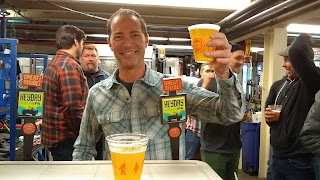 "The average bitterness (in IPAs) is coming down. I think that's about consumer preference," said Neil Fisher, head brewer and owner of Weldwerks Brewing, after an experimental brewing seminar on New England-style IPAs at this year's Big Beers, Belgians and Barleywines Festival. "We tried to veer away from brewing to the aesthetic and more toward brewing to the style that we love. Nobody who is doing this is saying 'I want to make it hazy.'"

Fisher, who is one of the true pioneers of the style, began making juicier, more approachable IPAs because he, like many beer geeks, was turned off in the late 2000s by the rush to produce triple IPAs and other such beers that exceeded 100 IBUs. He estimated at the Big Beers seminar that 95 percent of the brewers making hazy or New-England-style IPAs were brewers producing less than 20,000 barrels a year who don't have labs set up to record earth-shattering IBU levels in their products.

Much of the flavoring in these hazy IPAs comes from dry-hopping, giving them both a more appreciable nose and a more prevalent taste of these citrus hops, whether they be Mosaic or Citra or El Diablo. At certain rates of dry-hopping, you actually lower the IBUs in beer, making it less lastingly bitter while blowing up the flavor of the lupulin and letting it be so bold as to bend genres on the juiciness that one can pack into beer.

Weldwerks seemed to introduce Colorado to the idea of hazy IPAs through its Juicy Bits, a beer that is light on bitterness in the nose but heavy in pineapple in the taste, ultimately finishing smoothly while bombarding you with flavor. And quick to the party was Outer Range Brewing of Frisco, creating palate pleasers like In the Deep Steep Double IPA, a beer that offers both huge citrus and big hop acidity lingering on the back of your palate, producing oddly soft and tropical tones that leave you longing for more.

But if not every brewery was quick to jump on board with the trend, several have made up for lost time in just the past six months with beers that push the envelope even further away from sharp bitterness and toward an almost Hawaiian burst of flavors that celebrate the diversity of hops. 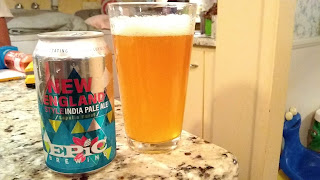 Epic is the poster child for adaptation of the style, jumping into the genre only this year but producing a beer in Lupulin Burst that is so uniquely flavorful that it very well may be the best beer of any type produced so far in 2018. But the Denver brewery deserves credit also for making a slightly smaller version of the style, RiNo APA, that want an easier haze that is delightfully subtle in both its bitterness and its juice.

Great Divide Brewing, which seemed slightly conflicted on how far it wanted to dive into the haze pool with its Heyday IPA introduced in April, went full-in this summer with its Hazy IPA, to great results. This presents a citrusy, lush hop that never fails to finish its introduction with a back hop bite, and it all comes at you so smoothly that you'll want to drink all night. 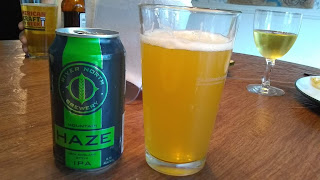 River North Brewing hits home too with its Mountain Haze, which relies on Citra hops to give you both sweet and bitter but threads a needle perfectly between the two flavors, leaving you both sated and thirsty for more of the flavor when you are done.

Still, some of the finest hazy IPAs in Colorado come from smaller brewers who have thrown caution to the wind and produced such genre-redefining examples of the beer that they can not be ignored. 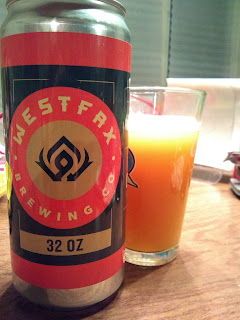 rjack IPA, from Lakewood's Westfax Brewing, resembles hop soup but boasts both sweet and full pine and satisfies in every drop.

And Colorado Springs' Cerberus Brewing  has crafted an Elysium IPA that is slightly more bitter on the back bite than some of its stylistic brethren but envelops your taste buds in mango and guava on the way there such that you feel you've been feasting on something Polynesian with just a hint of pine needles as the aftertaste.

There undoubtedly will be more breakthroughs and more notable, crushable hazy IPAs to come. But the best way beer drinkers can prepare for them is to accept that this is not just some bastardization of the IPA - unlike, say, the milkshake IPAs that have earned their own level of hell in Dante's Inferno - but a turn toward a different flavor profile that opens up a new storehouse of tastes in craft beer.

This is worth celebrating.