Is This Colorado's Most Improved Brewery? 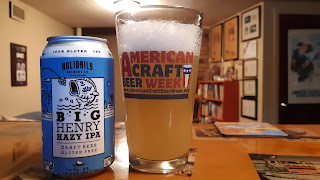 While the release of any hazy gives you a window into a brewery's quality — Is it really making the hottest craft style well or does it seem like it is making the beer just to try to be in conversation? — that may never have been more true than with Holidaily Brewing's December release of Big Henry Hazy IPA.

Few gluten-free beer makers have tried to make a New England IPA, and some of those that have ended up producing lighter-bodied beers that didn't approximate the appeal of the style. But Holidaily's offering shows not only why it stands out from the group but why the Golden brewery may be Colorado's most improved brewery over the five years since it opened in February 2016.

What jumps out at you the most about this latest gluten-free release is the fact that you can't tell this is a gluten-free beer. Big Henry includes a great deal of pineapple flavor with a touch of passionfruit as well, and it has a touch of an alcohol burn on its nose. It doesn't have any flavors that would tell you there is no barley in here, or that it isn't classically made in any way. 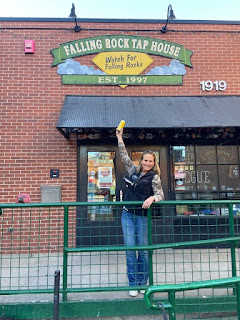 And this is the story of Holidaily, a brewery launched by industry veteran Karen Hertz (pictured above) because she wanted to drink good beer again while dealing with health conditions that required here to go gluten-free. Substituting millet and buckwheat for barley and utilizing yeast raised in a gluten-free environment, it's spent the past few years blowing away the expectations of drinkers thinking that a lack of certain ingredients automatically means drinking beer with a plastic aftertaste.

The brewery launched with just three beers on tap but grew fairly quickly because it showed it could meet a specialty demand. And, as Hertz often has emphasized, it's sought to expand its reach to drinkers who don't need or seek out gluten-free beers but want Holidaily because of its flavor.

One way it's done that is by offering a greater variety of beers than most gluten-free breweries. Walk into the taproom, and you're likely to find something sour, something barrel-aged and unique offerings like a cherry Belgian ale in addition to standard styles.

But the bigger success has been in creating tastes that stand-out, regardless of the consideration of ingredients in them. Patchy Waters, its pumpkin ale that sells out quickly, manages to capture the many flavors of the season without any of the backtaste bitterness that accompanies spice-forward beers. The Favorite Blond is a smooth porch pounder with just enough hop backbone to give it real personality. The Riva Stout is roasty and sooty without being bitter or burnt. 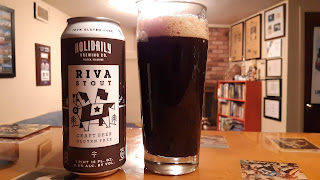 But Big Henry is arguably its most impressive product yet. Yes, the body is a slight bit lighter than some of the style, but still allows the tropical flavors to shine and to give the impression that this is thick and stewy, even if it's actually a bit easier on your palate. The recipe was inspired by Boombastic Hazy IPA, Holidaily's GABF medal winner in 2019, but was given a bill of more classical (and less expensive) hops such as Cashmere, Mosaic and Simcoe, so that it could can Big Henry at a price substantially less than the $24/4-pack it otherwise would have cost.

Even if you don't find yourself in northwest Golden where you can stop by the taproom, it's getting easier to find Holidaily out and about. It is offered on tap in a number of breweries that don't have their own gluten-free options, and Hertz expands to expand retail distribution outside of Arizona and Colorado this year. And the brewery has become a key part of the Colorado beer community, as demonstrated by its announcement that it will donate 10% of all taproom sales on Jan. 28 to Falling Rock Tap House, to help the restriction-battered beer bar stay open.

Comments:
New World Coins are so important, it's time to buy more!